Aries Systems is pleased to announce the transition from a Waterfall Delivery release model to a Continuous Integration/Continuous Delivery (CI/CD) release model upon the completion of EM/PM version 17.0 later this year. For nearly 20 years, Aries has followed the Waterfall methodology, dividing software development into linear phases to release about two versions each year. Under the CI/CD model, Aries has the opportunity to shrink down development time and increase productivity, ultimately allowing Aries to better serve its customers. This shift closely aligns with Aries’ commitment to focus on continuous innovation and process improvements.

There are several advantages to a constant code release approach.

Historically, Aries held onto features to be tested and released all at once in one of the biannual version releases. With the CI/CD model, features that have been coded will immediately be sent for testing and released in the next monthly software update once ready. This will result in faster turn-around times, and customers will no longer need to wait until the next major software version to receive the latest available features to their journal sites.

Now that features will be tested as soon as are they coded, Aries developers and testers have the opportunity to catch bugs sooner and before too much work is completed. By identifying bugs faster, we can repair them quicker, which will likely improve the overall quality of our code and product. The CI/CD pipeline frees up developer time that could be spent on other projects and product development. This will allow Aries to spend more time innovating rather than bug fixing, increasing efficiency and reducing costs.

By releasing features rapidly, Aries can receive customer feedback faster, which will allow us to steadily and continuously improve our product.

What to expect moving forward

Version 17.0 will be the final version released under the Waterfall methodology, with BETA release expected to launch in Q3 of this year and general release in late 2020/early 2021. Once the CI/CD model has been implemented after the completion of version 17.0, features will be released as a part of our existing monthly update cycle. Editorial Manager® and ProduXion Manager® users will be notified of the latest features via email with a link to the release notes on the Aries website. New functionality will be labeled under the month and year it was released rather than being labeled under a version number. Training webinars on the latest functionality will be held biannually. The Aries Client Services team will send frequent reminders and any important updates to users throughout this transition period as needed.

To learn more about this shift, check out our FAQs and information regarding changes to our feature request process.

Aries is eager to refine our internal practices and apply this continuous code strategy to increase efficiency and support customer satisfaction. For questions, please contact your Aries Account Coordinator. 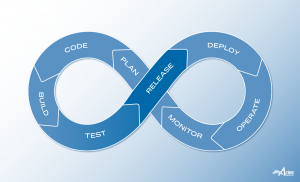